Due to the safety protocols laid out by Nova Scotia Health and StFX University regarding COVID-19, our Visiting Artist Series will be postponed until further notice.

For information, including group rates for high-school students, please contact the Music Department Office at 902-867-2106 or music@stfx.ca.

Peter’s first album, Alpha Moment, was reviewed by Canadian jazz broadcasting icon Katie Malloch, saying "I think the music is wonderful. I love the shapes of your melodies... Having the CD makes me wish I still had a show to play it on!” And with Of a Boy’s Journey, Radio-Canada producer Andre Massicote said “Hum presents well-crafted, inspired music that has what it takes to please the most demanding fans of jazz.”

This Canadian-born jazz pianist will release his third album in March 2020 titled Ordinary Heroes in which he has performed alongside fellow musicians Kenji Omae, David Smith, Mike Rud, Alec Walkington and Ted Warren.

As a highly regarded figure in Ottawa’s jazz community, and largely self-taught, Peter has collaborated on his own projects with Joel Miller, Frank Lozano, Roddy Ellias, Andre White and Ted Laing; and has performed with legendary jazz musicians such as Sonny Greenwich, Phil Nimmons, Pat LaBarbera and Reg Schwager.

Don't miss your chance to see him live!

This event is FREE of charge. 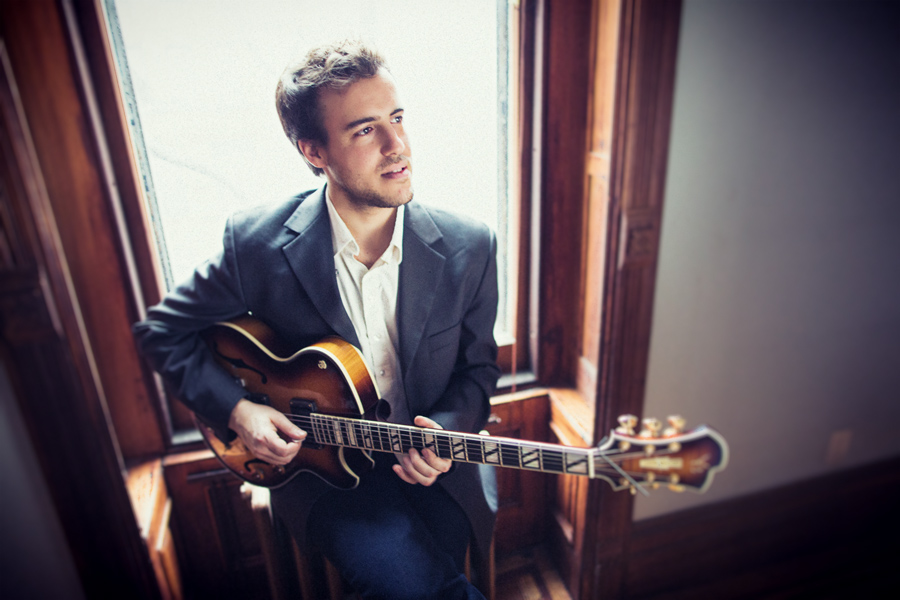 At age 9, Gilad Hekselman picked up the guitar and, thankfully, he hasn’t put it down! Since his arrival in NYC from Isreal in 2004, he has established himself as one of the leading voices in jazz guitar.

Gilad has performed all over the world, including major NYC jazz clubs such as the Blue Note, The Jazz Standard, Dizzy's Club and Smalls. He’s shared the stage alongside some of the greats from the NYC jazz scene – Chris Potter, Eric Harland, Mark Turner, Anat Cohen, Ari Hoenig, Esperanza Spalding and Jeff Ballard, for instance.

He tours world-wide and has played most noteworthy jazz festivals and venues including Montreux, Switzerland; North Sea, Montreal and San Francisco Jazz.

His first album release, 2006’s Spitfire, received rave reviews. His seventh, and most recent, Ask for Chaos, was released in 2018 and features both of his new working bands.

The StFX Music Department is proud to present Gilad Hekselman.

Tickets are $10 each; free for StFX students (with ID) and the non-waged and are available at the door or by contacting the Music Department.